Get 20% Off On Selected Product

What are the five major hazards of high temperature rise of injection molding machine?

1, so that the mechanical thermal deformation

Hydraulic components in the thermal expansion coefficient of different moving parts because of its fit with the Xi become small and stuck, causing action failure, affecting the transmission accuracy of the hydraulic system, resulting in poor quality of work of the components.

2, so that the oil viscosity decreases

High temperature rise of injection molding machine will lead to lower viscosity of oil, increased leakage, the volume efficiency of the pump and the efficiency of the whole system will be significantly reduced. As the oil viscosity decreases, the oil film of the sliding valve and other moving parts becomes thinner and is cut, and the friction resistance increases, leading to increased wear. 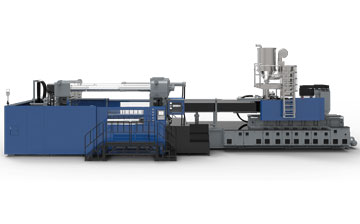 High temperature rise of injection molding machine will accelerate the oxidation and deterioration of oil, precipitation of asphalt substances, reducing the service life of hydraulic oil. The precipitated material clogs the damping orifice and gap-type valve opening, leading to pressure valve jamming and can not act, metal pipe elongation and bending, and even rupture.

5, resulting in poor quality of work of the components

High temperature rise of injection molding machine will lead to poor quality of work of the components, dissolved air in the oil escape, resulting in cavitation, resulting in reduced performance of the hydraulic system.

The ideal working temperature of the hydraulic system should be between 45 degrees -50 degrees, because the hydraulic system is based on a selected pressure oil viscosity and design, but the viscosity will change with the oil temperature, which affects the work of the system components, such as cylinders, hydraulic valves, etc., so that the control accuracy and response sensitivity is reduced, especially in the case of precision injection molding machine.